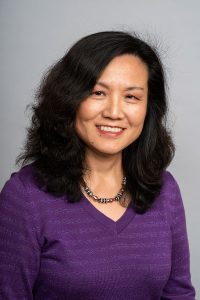 Dr. Ping Zhang is Professor in the School of Information Studies at Syracuse University. Her research interests include the intellectual development of information related fields; human-centeredness in ICT development, evaluation and use; affective, cognitive, motivational and behavioral aspects of individual reactions towards ICT; and the impact of ICT design and use on individuals, organizations, societies and cultures. Her publications appeared or are appearing in journals such as MISQ, JAIS, IEEE ToEM, IJEC, DSS, CAIS, AIS THCI, IJHCS, IJHCI, CHB, CACM, JASIST, among others, and in proceedings of conferences such as ICIS, ECIS, PACIS, AMCIS, HICSS, CHI, ASIS&T, among others.

Ping is the author of the first article published in the AIS research flagship journal JAIS. Her research on online advertising was one of the first four funded by Time Warner Cable Company’s Research Program on Digital Communications. She is co-author (with Dov Te’eni and Jane Carey) of the first HCI textbook for non-CS students (by John Wiley, 2007). She is co-editor (with Dennis Galletta) of two edited books on HCI and MIS of the Advances in MIS series (by M.E. Sharpe, 2006). She and Dennis Galletta are founding Editors-in-Chief of the first AIS Transactions journal, AIS THCI. In addition, she is a guest Senior Editor for MISQ, former Senior Editor for JAIS (2008-2011), former Associate Editor for IJHCS (2004-2008) and CAIS (2005-2008), on the editorial board of JMIS, and a guest Senior Editor of eight special issues for IJHCS (2003 and 2006), JAIS (2004 and 2008), BIT (2004), JMIS (2005), IJHCI (2005), and ECRA (2013). Ping co-founded and chaired one of the first six AIS Special Interest Groups: SIGHCI, which has become the largest and most active SIG inside AIS. From 2013 to 2015, she was the first AIS Historian, leading an important effort to preserve the heritage and legacy of the IS field. Ping is the recipient of the Emerald Citation Excellence Award in 2016 and has received four Best Paper awards, three nominations for best paper awards, an excellence in teaching award, and two service awards.

Courses taught often in the past include:

Over the past decades, she has been conducting research in the broadly defined area of Human-Computer Interaction (HCI) in various contexts. Her current research interests include the intellectual development of information related fields; human-centeredness in ICT development, evaluation and use; affective, cognitive, motivational and behavioral aspects of individual reactions towards ICT; and the impact of ICT design and use on individuals, organizations, societies and cultures.

Introduction to the information field