LIS Graduate Working as a Data Librarian at Rochester

Heather Owen graduated with a master’s in library and information science as well as a certificate of advanced study in data science from the iSchool in May 2022. Since graduating, Owen has been working as a Data Librarian at the University of Rochester, where she earned her undergraduate degree in 2013 as a double major in English Literature and Mathematics. 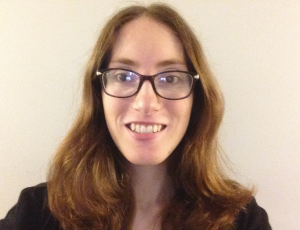 In between graduating from the University of Rochester and coming to the iSchool for her masters, Owen was an adjunct instructor at Niagara County Community College teaching math before working as an ESL (English as a Second Language) instructor in Japan. After five years of being an ESL instructor, Owen decided to return to school in order to try something new. “I didn’t see it as a career change because I think what I was doing before and what I’m doing now have connections,” said Owen.

During her time at the iSchool, Owen was awarded the Wilhelm Library Leadership Award, a scholarship program that requires students to work 20 hours a week during the academic year with an iSchool faculty mentor as a research assistant. Owen worked with Megan Oakleaf, Program Director of the LIS program. During her time as a research assistant, Owen presented at numerous professional conferences and was able to conduct her own research in addition to research with Oakleaf. Most of her research focused on issues relating to social justice, usually with an emphasis on data and analysis.

“You don’t want to graduate without a job, but, oftentimes, you’ll get more than one opportunity, so how do you choose? You have to think of your long-term goals. I thought at the University of Rochester I would be gaining the most variety of data skills that would make me a better data librarian,” said Owen.

Owen has currently been a Data Librarian at the University of Rochester for five months following her graduation. One of her responsibilities includes data instruction through data workshops. In these workshops, she helps students put together research plans and instructs them on how to use and analyze data. Data workshops are available for both undergraduate and graduate students and span a variety of topics. Outside of data workshops, Owen conducts data consultations for people who need help with data such as writing data research plans, accessing data repositories, and managing or curating data.

“I think people don’t realize how unwieldy data is. Researchers are collecting so much data and the ability to organize it, manage it, preserve it, and share it with the world is not easy. A lot of researchers weren’t taught how to do it, or they come from a prior life where they didn’t have to worry about it so much. We do need to help them and do instruction so undergraduate and graduate students are learning these skills so that when they enter the workforce, industry, or research, and they have to handle all this data, they can.”

Owen is passionate about introducing data to professionals and students across all industries. According to Owen, the percentage of people entering the workforce with data literacy skills is low, “We are producing so much data with technology, but we are at this point where a lot of people don’t know how to handle it,” said Owen. Owen wants students and those interested in learning about data to not be scared or intimidated by it, and her work introducing data to students and helping them use it is an attempt to make data more accessible.