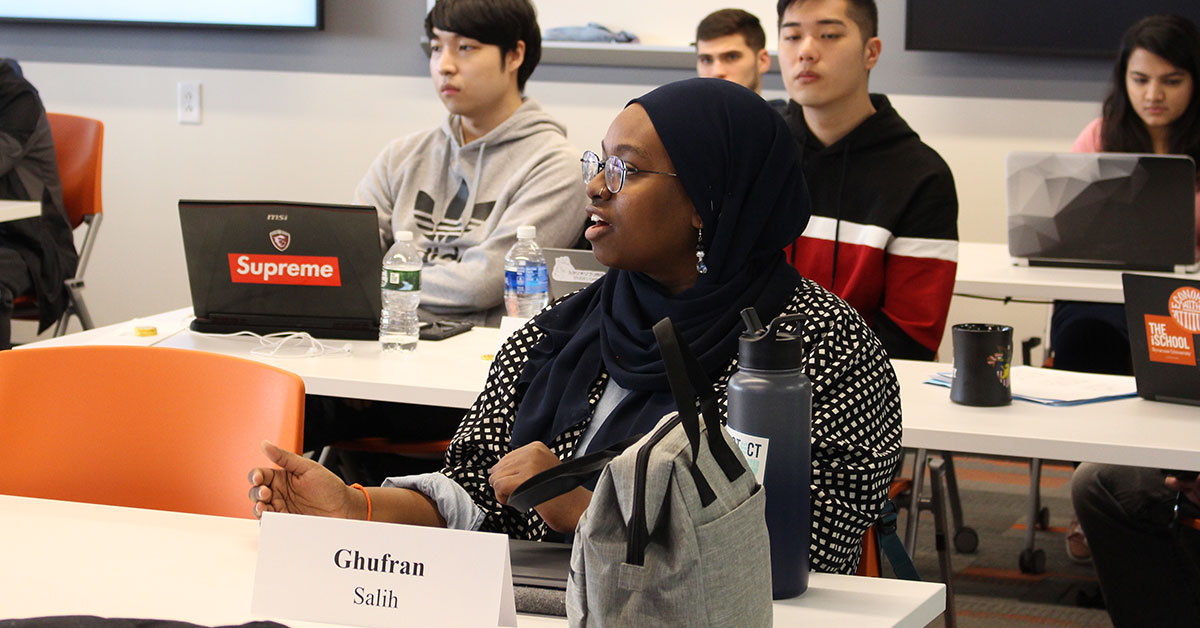 With classes going virtual for the semester, Shiyani found himself turning on a laptop to join class. But that didn’t stop him, along with a few other classmates, from  continuing to work on one last project. It was a project that they had worked on all semester, but with the sudden turn of events, it faced a few changes.

Since January, Shiyani and his classmates had worked closely with Hopeprint, a Syracuse-based non-profit organization, as part of their capstone class requirement. Students have an opportunity to work in a variety of professional settings with real-life applications to their classes. Many choose to work on case studies with large companies.

But some, like Shiyani, choose to work with a non-profit like Hopeprint which helps resettle refugees and immigrants into their new home country.

“Working with a non-profit encourages you to impact your community. We know how hard it is to immigrate, so this would be an opportunity to give back,” he said.

Ghufran Salih, another group member on the team, says she found herself applying many of the skills she learned at the iSchool, “I learned a plethora of communication and technology development skills. When I began working for Hopeprint, I found myself applying all of those skills in our projects,” she said.

The group’s original two-fold plan was divided between event production and systems development for the organization’s annual Cultural Gala. Half of the group would be working on the production, such as implementing a sound system and developing a multimedia presentation to showcase to guests. The other half planned to create a point of sales and check-in system for guests.

However, when the Gala was later cancelled, the group decided they wanted to keep trying to help Hopeprint, by trying to raise funds. They took to their own personal and professional networks to raise money, in the hopes that they could still make a difference.

“Even though the gala was cancelled, Hopeprint still has to pay off some fees because of the gala. This is very difficult as a non-profit. We decided we wanted to help out with the costs,” he said.

Even if their original plans to assist the gala were derailed, Shiyani is still glad he is able to help out the community he had dedicated his time to for the past four months, even in his own small way. He feels as if he has learned immensely about the process of working for a non-profit.

“You have to do your part, and it does feel like a job. Over time, you’re able to help out the community while working with your team. It really is worth it in the end.” he said.