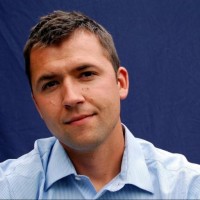 A 2010 iSchool graduate, Shay Colson lives and works in Seattle, Washington. He uses technology to solve problems for government, organizations, and also real, actual people. You can find him on Twitter @shaycolson.

Not Impressed By CES

A Tech Skeptic’s Perspective 2014 has arrived in full force, and brought with it an annual January tradition – the Consumer Electronics Show in Las Vegas, Nevada. For those not familiar, this is essentially the Super Bowl of consumer electronics (think TV’s, tablets, phones, video game consoles, etc.). Hundreds of thousands of people gather to… END_OF_DOCUMENT_TOKEN_TO_BE_REPLACED

What Will Matter Online in 2014

As we closed out 2013, the digital landscape was full of “Year In Review” pieces. Yet, year-end lists always seem so dumbed down – headlines or photos with no real content, epitomizing the link-bait culture that we have seen rise on the web in 2013. This culture was highlighted nicely in a recent Esquire piece…. END_OF_DOCUMENT_TOKEN_TO_BE_REPLACED

Why Quiet Reflection Is Hard (Or: Have Devices Rewired My Brain?)

Most of us have trouble sitting alone, quietly, doing nothing. We have the need to do something, to check our inboxes and social media, to be productive. Sitting still can be difficult if you haven’t cultivated the habit.

Information security folks are often the scapegoats in large organizations – they’re the reason why you can’t access this site, or why you can only choose between these two phones, or why your project is being delayed for security review. But these decisions aren’t made to spite you, nor are they made at random. The drivers behind information security policy decisions are ones that try very hard to balance business needs and risk. Policies and procedures, while not glamorous, are absolutely essential to any large IT-enabled organization.

Will Google+ Survive the Social Competition?

Three months in, is Google+ the real deal or was it just a flash in the pan? As Facebook announces 500 million users in a single day, does Google’s fledgling social effort have a fighting chance?

Why the Market is “Frothy”

Lately, I’ve heard a lot of people talk about whether we are experiencing another bubble, or if the market is merely frothy. The bubble question is a topic for another post. Today, I’d like to talk about what people mean when they say “frothy,” and explore more about why that’s the word du jour. Frothy?… END_OF_DOCUMENT_TOKEN_TO_BE_REPLACED

I had the rare opportunity a couple of weeks ago to take a peek under the hood, as it were, and join the Twitter team for lunch at their headquarters in San Francisco’s SoMa neighborhood. It was both interesting and insightful to see just a slice of how this company operates, and I’m hoping to… END_OF_DOCUMENT_TOKEN_TO_BE_REPLACED

Creative environments and the generation of new ideas The following post is from Barbara Rodriguez D., a graduate student at Syracuse University and SUNY-ESF. Does place matter in the creation of new ideas? To what extent do geographical qualities, urban form, and buildings influence creative processes and the conversations that give birth to great ideas?… END_OF_DOCUMENT_TOKEN_TO_BE_REPLACED

The following is a guest post from Syracuse University Freshman Moné Clark. Day three of four – spring break in Silicon Valley. For a quick rundown of today’s agenda, we visited Facebook, Google, Ask.com, and had lunch with some Syracuse alumni. Sounds cool right? You have no idea! Today was extremely exciting because we got… END_OF_DOCUMENT_TOKEN_TO_BE_REPLACED