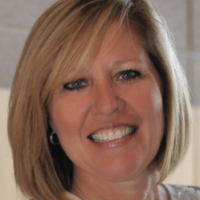 Kelly is the former Executive Editor of Information Space. Kelly currently teaches courses on Social Media, Online Community Management, and Content Strategy and Application, and she is currently the Assistant Director of the Communications@Syracuse program.

Editor’s Note:  The following is a guest post from Sarah Roche, co-founder of Platypus TV, a graduate of the Syracuse Student Sandbox and a Community Connector for IDEA. You can find more of her blogs about entrepreneurship here and here. On his first day in his new position, Chancellor Kent Syverud and his wife, Dr. Ruth Chen,… END_OF_DOCUMENT_TOKEN_TO_BE_REPLACED

Beyond the Money: Some in Silicon Valley have Loftier Goals

Editor’s note:  The following is a post from Charlene Hinton, one of a group of students who recently returned from the iSchool’s signature trip – Spring Break in Silicon Valley. Several preconceived notions accompanied me on my way to Silicon Valley. These notions included the ubiquity of genius ideas fighting for capital, the never-ending flow of “play”… END_OF_DOCUMENT_TOKEN_TO_BE_REPLACED

The New Foursquare is here and it’s Superb

You know what’s cool? Two billion pieces of data. That’s what foursquare is using to fuel its new recommendation engine-ish redesign, released for iOS and Android this morning  (Blackberry users will have to wait until next week). As a self-professed ‘Queen of Apps’ I tend to be critical of app design and functionality, with an… END_OF_DOCUMENT_TOKEN_TO_BE_REPLACED

What is Instagram and Why Is It So Popular?

Author’s note: This post originally appeared on my personal blog, Social Lux, in January 2011. Since it continues to get a large amount of traffic every day, and Instagram continues to grow in popularity, I thought I would share it here. Update: Version 3.0 was released today (August 16, 2012). Read my thoughts on the latest… END_OF_DOCUMENT_TOKEN_TO_BE_REPLACED

Professor Scott Nicholson’s weekly update from MIT, where he is spending the academic year as a visiting scholar.  This week, Professor Nicholson shares some of the highlights of the MIT tech infrastructure, including their Android app.

Philip Kaplan, iSchool ’97, is a serial entrepreneur who has had spectacular successes, as well as his share of failures along the way.  He created F’d Company, a blog that chronicled the dot.com bust of 2000.  And he has created a lot of controversy, purposely.  It’s all part of his strategy. Kaplan recently spoke at… END_OF_DOCUMENT_TOKEN_TO_BE_REPLACED

Thoughts on the 2011 State of the Union address: The iSchool & Winning the Future

The following is a response to President Barack Obama’s 2011 State of the Union address written by Jeffrey Stanton, Associate Dean for Research and Doctoral Programs & Associate Professor here at the iSchool. In his 2011 state of the union speech, President Barack Obama said, “Maintaining our leadership in research and technology is crucial to… END_OF_DOCUMENT_TOKEN_TO_BE_REPLACED

The view from The Toppest Notch

‘You feel like you know everything about social media, and then you find out you only know social media in specific areas, and realize there is so much more to it.”  These are the thoughts of Eric Cleckner of the group known as ‘The Toppest Notch’ at Social Media Futures.   The Toppest Notch has been… END_OF_DOCUMENT_TOKEN_TO_BE_REPLACED