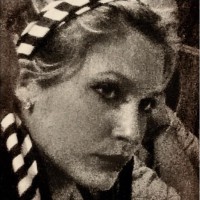 Jessica received her masters degree in Information Management from Syracuse's School of Information Studies. She is an avid fan of robots and people with unique names. In her spare time she obsesses over Kurt Vonnegut, politics, and all things digital media/data journalism. If you find her mildly entertaining you can follow her on twitter @j_lynn_smith.

As someone who is equally as fascinated by the impact of social media as by the happenings in the political arena, I’m a happy camper when the two find a crossroads. Because of this, I’m sure you could guess that I was more elated than a congressman on Seersucker Thursday when I found out SxSWi was offering an entire smorgasboard of panels on politics and technology.

How (Not) to Repair a Water-Damaged iPhone

For a clumsy person whose phone is in hand more frequently than in pocket, I’ve had my fair share of cellular device disasters. This is precisely why two weeks ago, when sink met iPhone and iPhone met death immediately thereafter, I took the news like a seasoned phone battle veteran. What made this event different than my many tales of broken phones past was that this time, I decided I was going to fix it myself.