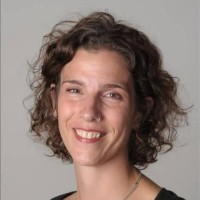 From September 13-15, I attended the Second International Visual Methods Conference held at the Open University in Milton Keynes, UK. Visual methods cover a broad set of social science research tools and approaches, from video documentation to creating data visualizations. One of the most striking themes that surfaced during this three-day conference was a consistent connection drawn between images and technology.

In 2009, the Dean of the School of Information Studies, Liz Liddy, and the Dean of the College of Visual and Performing Arts, Anne Clarke, recognized strong synergies between information, technology and design.  They spearheaded what was to be a year-long initiative to cultivate ties between the two schools. The endeavor was dubbed CommonGround, referring to the… END_OF_DOCUMENT_TOKEN_TO_BE_REPLACED