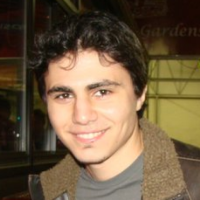 Ben is a 2012 graduate of the iSchool, now working for MLB Advanced Media.

CSS3 is probably one of the coolest things to hit the web design scene since, I don’t know, HTML5. And here’s why: CSS3 has a lot of new features that simply take web site styling to the next level.

Why HTML is Not a Programming Language

HTML is great. It defines the structure of webpages and it determines how data is displayed online. What you’re looking at right now is HTML code, read and interpreted by your browser. But this doesn’t make HTML a programming language. A Markup Language HTML is a type of markup language. It encapsulates, or “marks up”… END_OF_DOCUMENT_TOKEN_TO_BE_REPLACED

All of the Memes: Internet Memes Come to College Campuses

There’s a new phenomenon that’s invading college campuses across the country. It is capturing the minds and study time of the college population. The Internet Meme has finally come to campus. If you’re a current student at Syracuse University, you’ve more than likely stumbled upon the SU Memes Facebook page by now. It’s a collection of… END_OF_DOCUMENT_TOKEN_TO_BE_REPLACED