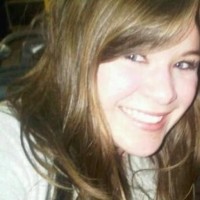 An Interview with Muck Rack Co-Founder about Journalism, Twitter, and Technology

With the advent and wide adoption of social media sites like Twitter and Facebook, journalism and how it is done has begun to rapidly transform. Muck Rack is an online service that recognizes that shift; it verifies journalists who are using social media to enhance their stories, and analyzes what journalists are talking about online. I talked with Muck Rack Co-Founder Gregory Galant over email about the creation of Muck Rack, its acceptance by the journalism community, how technology has changed journalism, and his vision of the future of Muck Rack.

No iPhone. No Twitter or Turntable. Just Rotolo, unplugged. iSchool student organization BeIT will host Professor Anthony Rotolo for a special lunchtime conversation about his work and career. Proclaimed the “King of Social Media” by the Daily Orange, Rotolo will share his unique story, which includes his unconventional start as a professor at the iSchool,… END_OF_DOCUMENT_TOKEN_TO_BE_REPLACED

In this week’s update, Professor Scott Nicholson is wrapping up his travels in Asia after visiting Hong Kong to present at a conference. After making a brief stop in China, Nicholson is back in Boston and reflects on his time spent abroad. He presented about gaming in libraries to over 500 librarians! Next up, Nicholson will be giving two talks in Dallas, TX at the Board Game Geek Conference.

It’s another exciting week at the iSchool, and as always there are events that our students should look into attending! If you’re starting to look for that perfect job after graduation, there are several career prep seminars being offered to get you ready for the job search. There are also some really interesting speakers and sessions that you can attend. If you’re an undergraduate student who’s interested in graduate school, the iSchool Grad School Open House is happening at the end of this week. If you attend, your application fee is waived! All the information is in this week’s video from our editor, Alyssa.

In this week’s update, Professor Scott Nicholson is in Singapore where he is experiencing the food, culture and of course, board games! After eating some famous Chili Crab, he visits the MIT Gambit Lab to meet some of the participants there and learn about their projects. He also takes us to the Singapore Flyer, a Ferris wheel even larger than the London Eye, so we can see the views of the entire city. Nicholson continues his travels in Asia and visits Kuala Lumpur to give a talk, and then is back in Singapore to speak at a conference.

In his eighth video update since beginning the semester at MIT, Professor Scott Nicholson discusses the Essen Game Fair in Germany where over 700 new board games are introduced for the holiday season. He also breaks down the latest news in board games, including two companies who both believe they have the rights to reprint an old game. Finally, he tells us about meeting a representative from Microsoft Germany and discussing future plans for collaboration.

Happy Monday! As always, there are a lot of career-related events taking place in the iSchool this week. There are also some exciting speakers visiting campus and two contests that are now accepting applicants! Learn more about the must-see events in this week’s video update from our editor.

Professor Nicholson is a month and a half into his visit as a visiting faculty member at MIT. This week, he discusses his experience attending the North American Simulation and Gaming Association Conference. Nicholson ran a session on the game Werewolf and how you could apply it to a learning environment. He also attended several sessions on gaming and education.

Coming Up This Week: Career Events and More!

It’s the beginning of another exciting week on Information Space! Watch the video below to for our list of events to attend this week at the iSchool.

Andy Carvin is a senior strategist at National Public Radio. Carvin uses social media in his daily activities as a journalist to curate, verify and create content about breaking news in the Middle East. His twitter account, @acarvin, has over 55,000 followers, many of whom he interacts with and retweets regularly to create a real-time, interactive news stream. Carvin skyped into IST 486/ 686: Social Media in the Enterprise (also known as #rotoloclass) at Syracuse University’s School of Information Studies (@iSchoolSU) on Thursday to discuss how online communities are changing journalism.