Could TNT’s The Librarians be good for business? 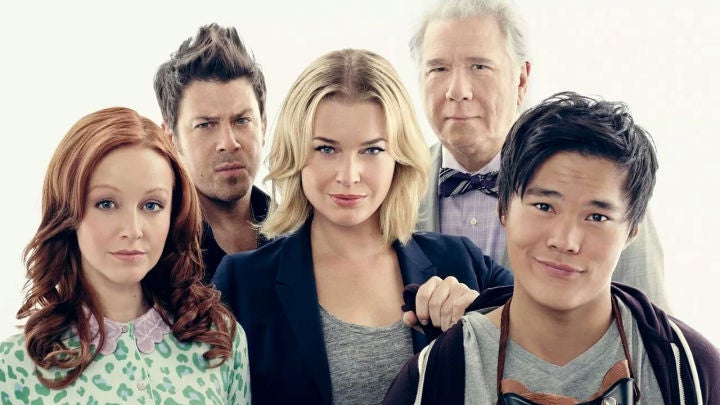 It has taken me awhile to get around to watching TNT‘s The Librarians. Not because I was disinterested, but because I was afraid I wouldn’t like it – and I feel like it would be a horrible thing for a person who works in a library not to like a show about librarians.

Luckily for me, when I finally got around to watching it, I found it easy to enjoy.

The Librarians is a spin-off of the made-for-TV movie series, The Librarian, starring Noah Wyle. (You don’t have to see the movies to understand the show. I didn’t.) The premise of the librarian universe is that there is a secret section to the fictional Metropolitan Public Library (MPL), where rare and magical items are kept safe. The library has a magical quality as well, and selects one librarian to keep an eye on everything. This is where Noah Wyle comes in. He is the

newest librarian to watch over MPL, and in addition to keeping the artifacts protected, his character, Flynn Carsen, is responsible for retrieving items to return to the library.

Fast forward 10 years later and the library has decided it’s time Flynn had a little protection. Enter Eve Baird, a counter-terrorism agent for NATO played by Rebecca Romijn, who is sent a letter requesting she take up a position as a guardian.

As Flynn and Eve bicker over his need for a bodyguard, the Serpent Brotherhood is killing off librarians one by one. The group wishes to release magic back into the world so they can wreak havoc and take over. Flynn soon realizes these victims are all librarians who were invited to interview along with Flynn for the coveted MPL librarian position before he received the job. In an effort to prevent any more murders, Flynn and Eve track down the last three from the list, knowing that if they are killed there will be no librarian to take the position from Flynn if he ever dies.

hese three librarians include Jacob Stone, an oil rig worker who keeps his genius IQ a secret from his family; Cassandra, a hospital janitor, mathematician and science whiz with synesthesia and a brain tumor; and Ezekiel Jones, a professional thief with a knack for technology.

Flynn is reluctant to work with these three at first, but after an attack from the Brotherhood, Charlene and Judson (revising their roles from the movies and played by Jane Curtin and Bob Newhart respectively) hide the library so they cannot get a hold of it. Unfortunately, this means MPL is hidden from the librarians as well.

Flynn decides to set out to find the library and puts Eve and the three in charge of finding magical artifacts that have been released back into the world, returning them to the librarians’ protection. Along the way they have Jenkins, played by John Larroquette, and his magic clippings book to aid in locating the items or any other unusual occurrences that pop up around the globe.

Since its first episode, The Librarians has been getting a lot of comparisons to Syfy‘s Warehouse 13, which ended its run in May of 2014. Admittedly, the two shows do have a few 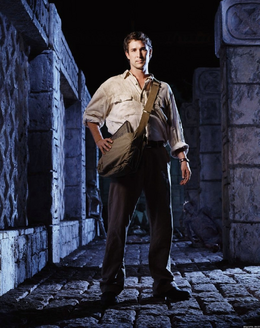 similarities, especially concerning the collecting of artifacts. But before Warehouse fans start accusing The Librarians of ripping off their show, they need to remember The Librarian movie came out in 2004 – five years before Syfy’s series aired. If anything fans will be glad to have a similar show to fill the gap Warehouse 13 has left behind.

But then again, if we’re playing the comparison game, viewers might find even more similarities to other popular shows such as Doctor Who and Indiana Jones.

Flynn has a bit of that same charm Matt Smith had portraying the Doctor. Just like the 11th regeneration, Flynn has a habit of mumbling nonsense to himself no one understands. Not to mention his overly peppy personality and a bit of an inflated ego…

And the librarians in general have that Indiana Jones appeal: academics to adventurers. They may not be as gruff or quick with a whip as Harrison Ford, but they have the same uncanny ability to use their book smarts to solve a problem, locate a relic and defeat the bad guys.

If those are not good enough reasons to watch then some of the guests that pop up are sure to make fans of scifi and cult films gleeful: Tricia Helfer (Cylon #6 in Battlestar Galactica), Jerry O’Connell (Quinn Mallory in Sliders and Romijn’s husband), Matt Frewer (Jim Taggart in Eureka and Doctor Leekie on Orphan Black), and Bruce Campbell (Evil Dead and Sam Raimi‘s best friend) as Santa!

It may take a little warming up to, but viewers will become addicted to the librarians’ weekly adventures, most containing folklore or mythology as themes.

I wasn’t officially hooked until a little past the halfway point (the science fair episode to be exact). That was where I felt the show had finally found its footing. Up until that point all the characters seemed very stereotypical (the Asian is the expert in technology; the cute genius girl i

s sheltered and, in true librarian fashion, tends to wear cardigans a lot; the army marm is strict with no real sense of humor; and the Southern bad boy likes to hit on pretty women and get into bar fights – C’mon! Couldn’t we think of more original characters than this?!) But once the science fair episode rolled around the characters were developed a little bit more and their stereotypes no longer bothered me as much.

The character interactions are actually what makes the show so endearing. The librarians may come from different walks of life, but viewers will fall for their team dynamic and unending loyalty towards one another (even when it appears to waiver). It’s also not just the characters who seem to enjoy one another’s company, but that love is extended beyond the screen. Just check out all the “shout outs” and show facts they share on Twitter! Having a cast that works well together is a good chunk of what makes any show successful and The Librarians have found this within their talented group of players.

At the time I started writing this, I was a bit worried there wouldn’t be a second season. The series ended at such a point that it was possible the show was simply meant to conclude there, but now I’m pleased to announce that TNT has renewed The Librarians for a second season!

And perhaps soon Noah Wyle will become a series regular, now that Falling Skies will be entering its final season.

I’m excited for this show because I think it will truly help the librarian cause. If not by having users think libraries are amazingly cool then by their constant message that knowledge is power – and this knowledge isn’t just limited to books. The Librarians use technology and employ their own research methods, too. Are not libraries all about information literacy and lifelong learning? It shows the ways libraries are changing for their users, while also giving a different perspective on librarians. No longer are they old, graying women shushing people in the stacks, but instead young, hip, intelligent women AND men who make book smarts look cool.

The bone I have to pick with TNT is that there is nothing that really qualifies them as librarians. They just have genius-level IQs and happen to have been selected by the library, but don’t actually tend to any librarian duties. Nor do they have any degrees in library science. No one is really qualified to have gotten a position as a librarian b ased on what we might have seen on their resumes. On one hand, this is good because it shows how anyone has the ability to become a librarian, but on the other hand does this not discount all the hard work and schooling librarians put into their careers? I now kind of understand why Jenkins was a bit miffed when these four showed up. He must have been furious to have the librarian title and then been passed over for a bunch of unqualified adventurers.

Despite this complaint, I see real potential for this show as it continues on, especially to encourage younger viewers to stop by their local libraries. Perhaps they’ll start seeing their own librarians in a new light and pick up a book for their own personal library adventure.

Have you seen The Librarians? How do you feel about the show and its possible impact on libraries/librarians?

Aimee Lockhardt is a MLIS distance student in her first year. She makes her home in the ‘shire (which is what locals lovingly want to call New Hampshire, but sadly know it will never catch on) and currently works as a librarian assistant in her town’s public library. She loves classic movies and music, and has a bit of an unhealthy obsession with Doctor Who and cats (not combined, but it would be totally mind blowing if it was).