Growing up in North Carolina, Craig Coblenz liked the idea of exploring the Northeast for college. His brother had left their hometown to attend school in Boston, and something about heading north appealed to him. In addition to a new location, Coblenz imagined attending a big school to get the whole college experience from riveting sporting events to intriguing academics and social activities. 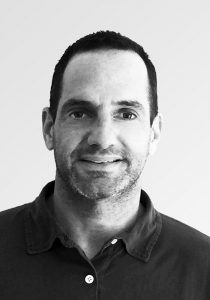 Like many first-year students, Coblenz wasn’t sure what to major in. However, he knew his interests lay somewhere between technology, communication, and business. And Syracuse University and the iSchool felt like an excellent choice that checked his social and academic boxes. While he didn’t necessarily seek out the iSchool, in retrospect, Coblenz admits it was the ideal place for his undergraduate degree. “The iSchool gave me exposure to the earlier days of tech,” he said. “It started making me think about what a career would look like in a tech-focused world, while also leveraging a natural strength, speaking and engaging with people.”

Coblenz spent his time at the iSchool building the foundation to succeed in technology and business. After he graduated with a bachelor’s in Information Management and Technology, Coblenz moved to New York City with a group of friends. He started his first job working at the help desk of an investment firm before becoming a technology recruiter for one of the premier recruiting firms in New York City, OTEC.com.

“This was at a time when everything was moving to the web, and all of our clients were looking for Java developers, C++ developers, etc.,” says Coblenz. “Through that process, I was able to understand how these companies utilize technology in a real-world capacity.”

Coblenz spent four years at OTEC before receiving an opportunity to join a friend to help start a company called UrbanBaby that was setting out to build a network of local parenting guides and an online store for expecting and new parents living in urban areas. The company eventually sold, and the experience became another piece in helping Coblenz understand how the internet would impact almost everything we do.

“I left the iSchool with strong foundational tech knowledge, and my experience as a recruiter built on that, helping me understand how technology was being used in practice to help businesses grow and become more efficient. As luck would have it, my recruiting days fell right in the middle of the first dot com boom so, while I did my share of work with large consulting and financial services firms, this was also my first exposure to the technology start-up world. The UrbanBaby experience tied it all together. It allowed me to get my hands dirty and really experience what goes into building a technology company. I got to see firsthand the entrepreneurial process, and that was invaluable,” says Coblenz.

After UrbanBaby, Coblenz decided he wanted to gain experience selling digital media on a larger platform. So, following his passion for music, Coblenz found his way to the head of the media sales team at Ticketmaster/InterActiveCorp to see if there would be an opportunity to join their team. Successfully in that interview process, Coblenz joined Ticketmaster. He learned the world of media sales and continued to work with Ticketmaster for a while before deciding to move with his wife back to his home state of North Carolina. While settling into his new life, Coblenz searched for a new sales role and pretty quickly received a job offer from Microsoft.

However, about a week before Coblenz was scheduled to start at Microsoft, a person he had been introduced to at Facebook reached out. They were interested in hiring him for a sales role and asked him to meet in California. Having just accepted a new position at Microsoft, the timing wasn’t right, so he politely declined.

Facebook then informed Coblenz they would be in D.C and asked if a meeting closer to home would be possible. Thinking it couldn’t hurt to network, he agreed and flew to D.C. Right away, Coblenz hit it off with the Facebook crew. After the meeting, Facebook offered Coblenz the sales role. In 2006, Facebook was popular amongst college students, and while over the next couple of years it would dominate social media, the company was only 100 people at the time and very much still a start-up. Coblenz had already accepted a great opportunity with Microsoft, but something about Facebook intrigued him.

“As a technologist and media salesperson, reading about Mark Zuckerberg, the world-class engineering talent, and the fact that they had like 95 percent of college students in the United States on one platform was really interesting to me,” says Coblenz.  “And so, I ended up taking the job at Facebook. I called the recruiter at Microsoft, who happened to be a friend and just said, ‘Hey, I’m not coming to work tomorrow. I’ve received an opportunity I can’t pass up and have decided to join this company, Facebook.’  The recruiter said I’d regret that decision.”

What felt like a crazy decision at the time, turning down a well-respected tech giant for a social media startup, turned out to be a revolutionary experience for Coblenz. “If you think about the impact Facebook has had on the world, positively and negatively, it’s one of the most meaningful companies we’ll see in our lifetime. To be a part of that process was indescribable. Just the growth and the importance of the company, and being exposed to sales, engineering, and tech talent like that was pretty incredible.”

Coblenz spent five years at Facebook as Director of Media Sales before taking some time off. He then started investing in early-stage companies to help other entrepreneurs think through how they should start their company. He enjoyed supporting start-ups in Charlotte, North Carolina but eventually got the itch to move back to New York, where there would be more opportunities to learn and invest.  So Coblenz and his wife Erica moved with their three kids back to New York.

Surrounded by entrepreneurs and innovative minds, Coblenz started to feel it was time to create something of his own. Through a mutual friend, he met his business partners, Alex Collmer and Jason Donnell, and in 2015 they started VidMob. The VidMob platform helps marketers develop what has now become known as Intelligent Creative. The original idea behind VidMob was to build a marketplace of creative talent that could assist marketers with creating video content and ads for any platform. As the company grew, VidMob added a data and analytics component to help marketers and creative talent understand why creative performed the way it did and then apply that data to make changes to creative by using VidMob’s network creative talent.

“We built technology that essentially analyzes video to understand the exact creative elements that go into making up every frame of an ad,” explains Coblenz. “Our technology connects a company’s ad accounts across all mobile platforms and analyzes each ad creative to understand the creative elements that go into every piece of creative. Our tech can measure the pacing of voice-over, understand the actor’s gaze, extract logo size compared to everything else in the ad frame, colors, weather, etc. – large amounts of data points for every frame. VidMob’s technology then compares the creative data to a marketer’s performance data from advertising on Facebook, Instagram, Snap, TikTok, etc. Through that process, we can help marketers understand precisely why their creative performs positively or negatively against their goals and then use that data to improve creative immediately. We’re using data to inform the creative process in a way that was never thought possible.”

In his current role as VidMob Cofounder, Coblenz and the incredibly talented team at VidMob are using AI and developing systems to empower the creative community. “We’re the first company in the world to combine art, which is the creative side of the business, with science, the data side of the business,” explains Coblenz. “And do so in a way that creates jobs and opportunities for the creative world instead of using AI and machine learning to replace human talent.”

Though Coblenz’s time at the iSchool occurred some time ago, he recognizes how his college experience primed him for his success in tech and business. “I know enough about technology so that I can be dangerous in a client discussion or an internal strategy discussion,” says Coblenz. “All of that is foundational from the iSchool. The knowledge, the way I think about applying tech to business, comes from my education at Syracuse.”